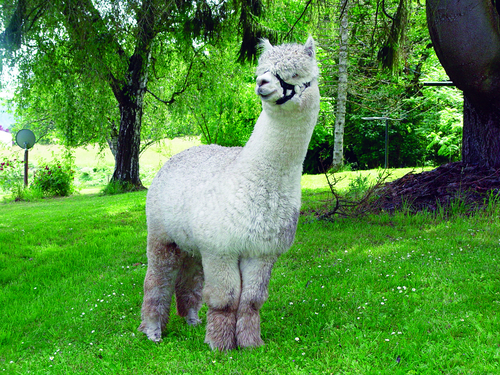 Ask For Price
Ask a question
Details
The Elite Maximus is not open to outside breedings..................so you have to purchase a bred female if you want to obtain his stellar genetics..........

The Elite Maximus is one of those few animals who possess instant name recognition in the alpaca world. His reputation as a herdsire, and before that, in the show ring, is second to none. For many years he was the linchpin of Park View Alpacas' huacaya breeding program, and his many offspring have carried his low micron count and incredibly dense buttery fleece to victory in the showring.

In 2011 Park View Alpacas went to the AOBA National Show with four huacayas that had been sired by The Elite Maximus – they we MAXED out! 1st Place Get of Sire! 1st Place Produce of Dam! Judges’ Choice Female Huacaya! We don’t believe any other Huacaya breeder has ever matched these results. Two of his offspring were available at the 2011 Prestige Alpaca Auction, including 1 of his Judge’s Choice daughters – Camilina. This was a unique opportunity to add this particular combination of genetics to your herd!

The list of The Elite Maximus’ offspring and their accomplishments is considerable. Of most immediate recognitions were the Prestige Auction headliners, Camilina, who sold for $55,000 as a 2nd Generation Color Champion and Judges’ Choice female huacaya. Don’t forget Cambria, who sold for $20,000 and 2011 International Alpaca Odyssey Best Head and highest score Walking Fleece winner.

The Elite Maximus started his illustrious show career when he was only 8 months old, winning Res. COLOR CHAMPION at the 2002 Columbia Alpaca Breeders Association show. He then went on to win the JUDGE’S CHOICE Award at the Canadian International Fleece Show and the 2006 AWE fleece show. The Local, Regional, National and International awards and ribbons started stacking up from there! The Elite Maximus transitioned from the show ring to herdsire, that those awards were just the beginning of an amazing, award-winning dynasty. 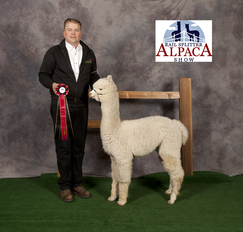 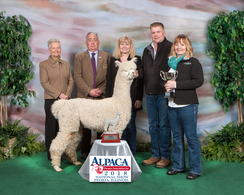 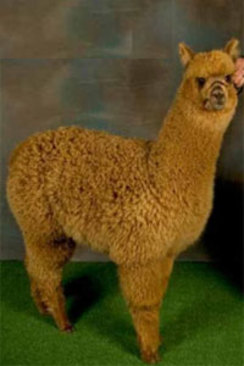 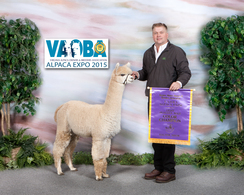 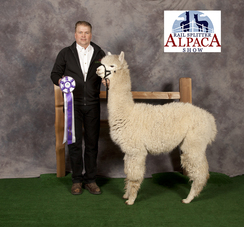 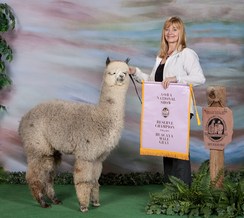 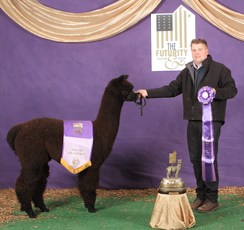 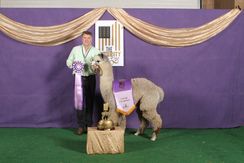